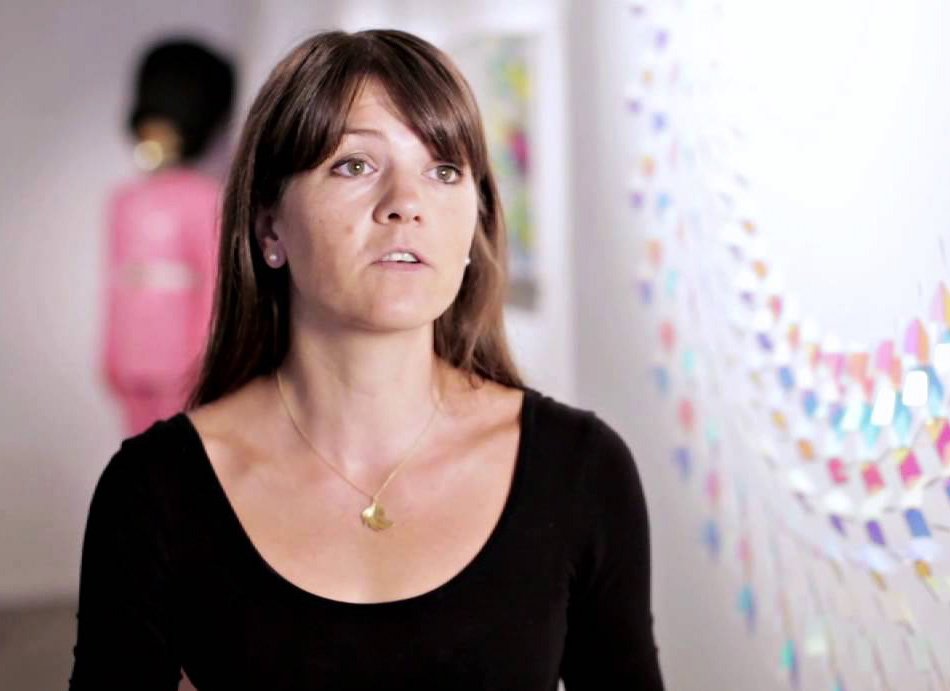 Bio:  As a child Susila Bailey-Bond moved between the Welsh mountains, Suffolk, India and other points in between. For a time Susila lived within an arts community on a rural farm, and spent her time drawing, painting and creating ‘things’. All of this led naturally to art college, and then a fashion degree from Nottingham Trent University in 1998.

Susila Bailey-Bond was born in Leeds (1972) to bohemian parents who moved between the Welsh mountains, Suffolk, India and many points in between. Her work emerges between design, sculptural collage, and mixed media graphic art which is obscured by the insertion of thousands of tiny clear tubes, it is clear that Susila’s fashion background has informed her practice as a visual artist through the relationship with the flat image and its subsequent translation into three dimensions.

In Bailey-Bond’s papercut works we are presented with a celebration of colour and pattern as decorative repeated forms of butterflies or dragonflies swarm in all directions – forms indicating a sense of transience and joy. Other motifs such as flowers, leaves, and birds all culminate in nests of activity evoking a breezy summers day. Alternatively inspiration has been drawn from aeroplanes or even tattoo’s as artworks created using the same technique offer a bolder, three-dimensional graphic feel.

Icons are first designed digitally, then printed, and cut. Susila manipulates the individual pieces into 3D artworks using wire, adhesive, silver or gold leaf and often Swarovski crystals. Through her unique process of making, Bailey-Bond employs both technology and handcrafting to create elaborately detailed artwork that is unapologetically joyful.

In the remarkable mixed-media tubes series there is an unmistakable kitsch to the bright colours. Here artificial landscapes and scenes are presented – their graphic boldness only revealed when one observes the artwork face-on. When viewing these artworks from other angles a delicate subtlety and softness is apparent.

Susila’s work is widely exhibited at major Global art fairs. Tiffany and Co. commissioned three major works for their stores in London’s Bond Street, Seattle and Los Angeles, and luxury brand Davidoff is also a client. Susila was recently invited to create an Elephant for the Great Elephant Parade’s 10th anniversary, Uma the Elephant can be seen in the images below. Her artwork was included in the book ‘Papercraft II’, published by Gestalten. Bailey-Bond’s artwork can be found in private collections internationally. 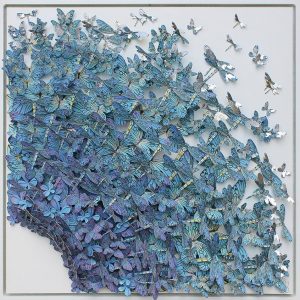